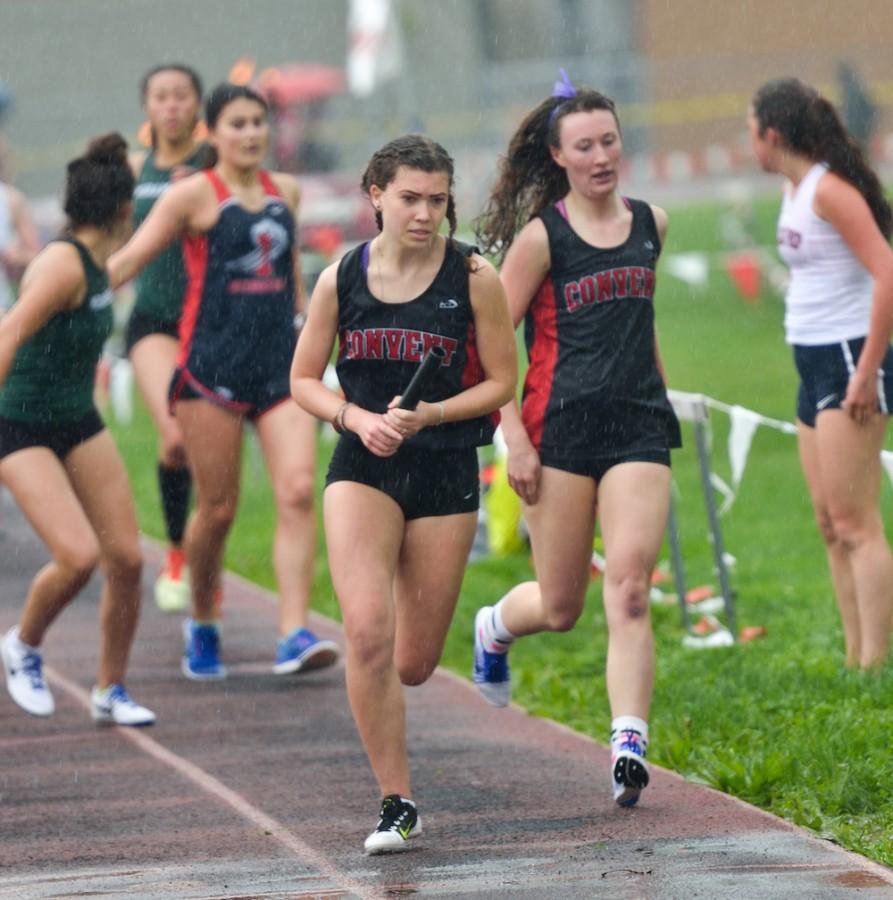 Track and field athletes set 29 personal records at the Sunset Invitational, their first meet of the year, on March 5.

“I didn’t really know that I cut off that much time,” sophomore Caroline O’Connell, who shaved 10 seconds off her personal best in the 800 meter race, said. “I was just going really fast and sticking with the group.”

Head coach Michael Buckley has high expectations for the team after the unexpected start of the season.

“That’s a great start obviously, that means that the first month of training went better this year

than it did last year,” Buckley said. “It really bodes well for how the team will shape up over the course of this season.”

“For the team it was a good learning experience,” junior Gia Monachino said. “The meet doesn’t count towards our standing, but it’s a good chance for everyone to try out their skills and their events.”

Almost 90 team members will compete in over 15 different events, including sprinting, distance, throwing and long jumps.

“I’m excited now that as an upperclassman I get to be more of a leader for the rest of the team,” co-captain Katie Newbold said. “I’m excited to help the freshmen learn how you handle certain things in track and see them at their first meets.”

This afternoon’s meet at Kezar Stadium is the first league meet that will affect the team’s standing.

“Track is such a versatile sport because you can do so much like throwing or jumping or sprinting or distance,” Newbold said. “I feel really good after I finish a practice or race because it feels like I’ve accomplished a great physical feet and that’s not something not everyone can do.”