Gentrification takes long-term residents out of the Mission. 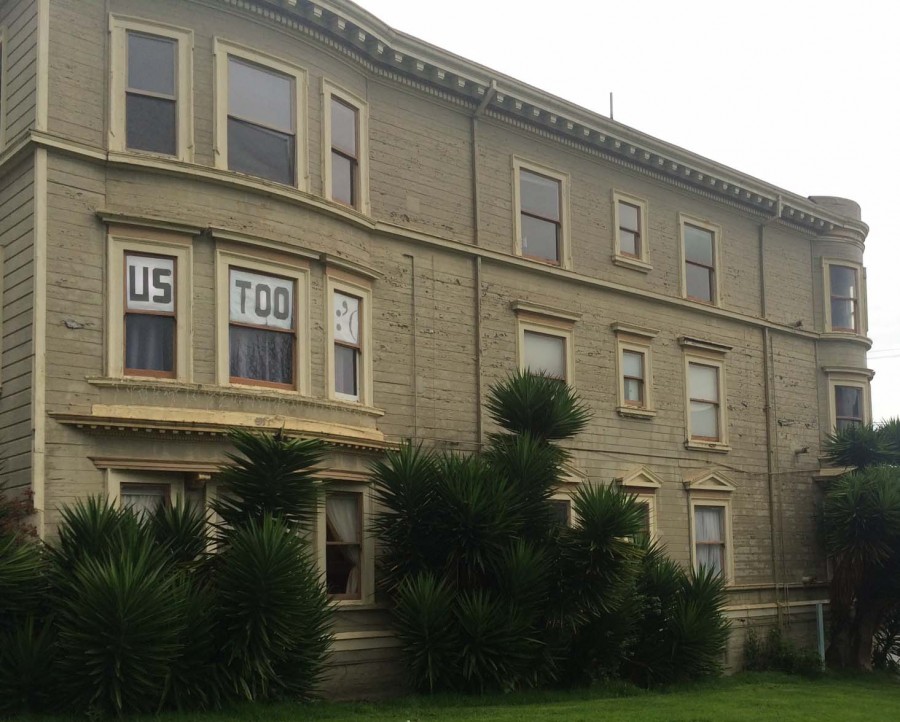 A house in Duboce Triangle hung signs in their windows saying "US TOO," referring to being evicted from their residence. Previously, a sign in the windows above said, "Evicted?"

The Mission district’s 24th Street, dotted with “For Sale” signs and traced by Google bus routes, is just one street in the area facing gentrification and changes in culture for the heavily Hispanic neighborhood.

San Francisco’s tech boom is changing the demographics in the Mission, one of the City’s poorest neighborhoods and attracting the wealthiest of Silicon Valley to the area with relatively affordable housing and one of the City’s warmest microclimates, according to Mission Local, a news website dedicated to the Mission district.

“All of the restaurants that my family used to love have now been pushed out of business,” sophomore Mary Crawford, a six-year Mission resident, said. “It has definitely become more difficult for people to find places to live and work.”

Families and business owners across the City are losing the homes they have lived in for decades due to rent increases and buyouts by wealthier Bay Area transplants who can afford to live there.

The average monthly rent for all residential properties in the Mission increased from $2,400 to $3,800 between 2010 to 2014, according to Zillow, an online real estate company.

CCHO and other nonprofits are providing assistance to residents being forced to leave their homes.

The organizations work with City Hall to promote policies that make it harder for landlords to evict tenants and buying existing apartment buildings where people may be evicted, according to Cohen.

“It really is about who gets to live in San Francisco today and into the future,” Cohen said. “If we don’t find a way to combat gentrification, the risk is that we lose the diversity of our cities and that’s what makes cities great.”

Many landlords are willing to evict or buyout rent-controlled tenants, who cannot have their rents raised, in order to sell the house or apartment at a high price.

“If we just end up creating a homogeneous city that is primarily for one group of people, then there is a lack of ethnic diversity,” Cohen said. “We lose a great city.”